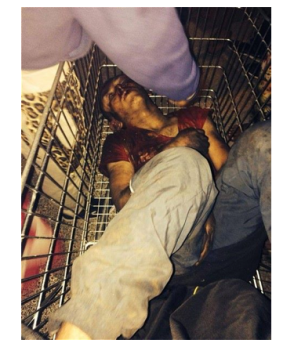 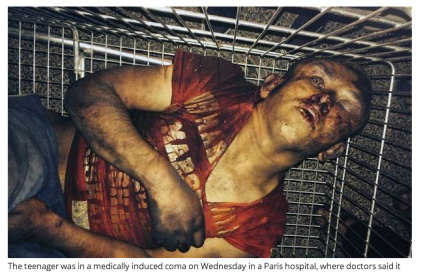 An horrendous vigilante attack against a Roma teenager raised pressure on the French government for its policies toward the ethnic minority even as the president condemned the „unspeakable and unjustifiable“ violence that saw the boy beaten and left for dead in a shopping trolley by the side of a highway.

The 16-year-old, known only as Darius, remains in a medically induced coma with doctors fearing he will not survive after suffering multiple skull fractures.

Anti-discrimination groups say violence in France is rising against Roma, also known as Gypsies, who primarily come from Eastern Europe and are often blamed for petty crime.

Many live in makeshift camps on the sides of roads or in vacant lots, lacking running water or electricity. Without regular documentation of their residence, they have a hard time enrolling children into school, applying for subsidised housing, getting national health care or finding permanent work.

Several dozen Roma families in the boy’s make- shift camp in Pierrefitte- sur-Seine, a grim northern suburb of Paris, cleared out this week.

“The motive of this lynching, it was vengeance,” prosecutor Sylvie Moisson told reporters. “To practically condemn him to death is barbaric.”

Police say about a dozen young people went into the Roma camp after a series of burglaries in the area. They seized the boy, and took him to the City of Poets, as the local housing project is known.

There, police say, he was beaten unconscious, stuffed into a shopping trolley, and wheeled to the roadside.

An official close to the investigation said the teen’s mother sought help after receiving a call from his mobile phone from someone demanding ransom in exchange for his safe return.

There have been no arrests in the attack but police are questioning possible witnesses.

President François Hollande called the attack “an offence against the founding principles of our country.”

Yet some anti-racism groups say the attack is the result of years of government-supported discrimination against Roma in France.

About 20,000 Roma families were expelled from their makeshift homes in 2013, most of them in the summer, according to Amnesty International.

A new round of expulsions is expected to begin shortly, with a major camp in Marseille being dismantled yesterday, said Amnesty.

The government says the camps violate public health standards but critics say it is worse for the Roma when the camps are demolished.

“The fact that they live in camps and then they’re left without shelter, that leaves them more vulnerable and more exposed to violence,” Julie Hesloin, who has documented the issue for Amnesty said. 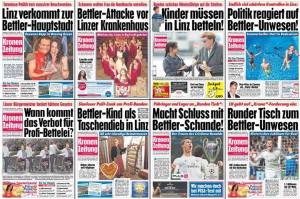